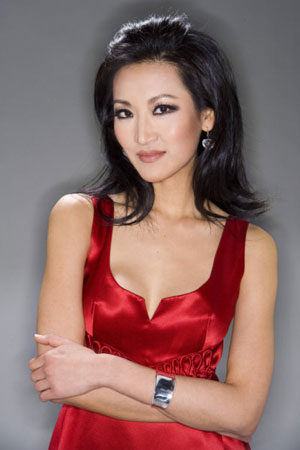 Kelly Choi (born February 7, 1976) is a Korean-American, multiple Emmy-nominated television personality on NYC TV, one of the broadcast stations of NYC Media Group, the television and media network owned by the City of New York. Choi is the host of Bravo TV's Top Chef spin-off, Top Chef Masters, which premiered on June 10, 2009.

Born as Young Choi in Seoul, she was a pre-schooler when she moved to the United States with her family. Growing up in Virginia, Choi received her undergraduate degree from the College of William and Mary, and her Master's from Columbia University in New York. Before her graduate studies, Choi, who stands at 5 ft 10 in. tall, was a model with Ford Models and also worked as a VJ for MTV Korea.

Choi made the transition to New York area television by creating and hosting Freckles, a local entertainment and lifestyle program carried by the cable channel Plum TV, which is seen in The Hamptons in Long Island's Suffolk County. Choi was eyed for the starring role in the documentary series called Secrets of New York.

Choi co-produced the first season and hosted all eighteen episodes of Secrets of New York, most of which were nationally distributed by PBS. Choi also created and produced Eat Out NY, another NYC TV program in which she starred as the host/guide to the city's restaurants. She has also appeared in numerous other specials and programs at NYC TV such as hosting the James Beard Awards, as well as various other food and fashion-driven programs.

In 2006, as part of a unique content-sharing arrangement between NYC TV and NBC's flagship station WNBC, Eat Out NY and Kelly Choi became popular fixtures of the Tri-State Region's noontime viewing.

Choi also has appeared on the TV Guide Channel as an entertainment reporter. She has also been a guest on the The Martha Stewart Show, and is an occasional guest correspondent on the Maury Povich Show. She has also appeared as a judge on the Food Network's Iron Chef America.

Community content is available under CC-BY-SA unless otherwise noted.
Advertisement